I almost forgot about Blogmas today! Its 10 p.m. here in Washington and I had forgotten that I meant to post my mini review, better late then never right?? 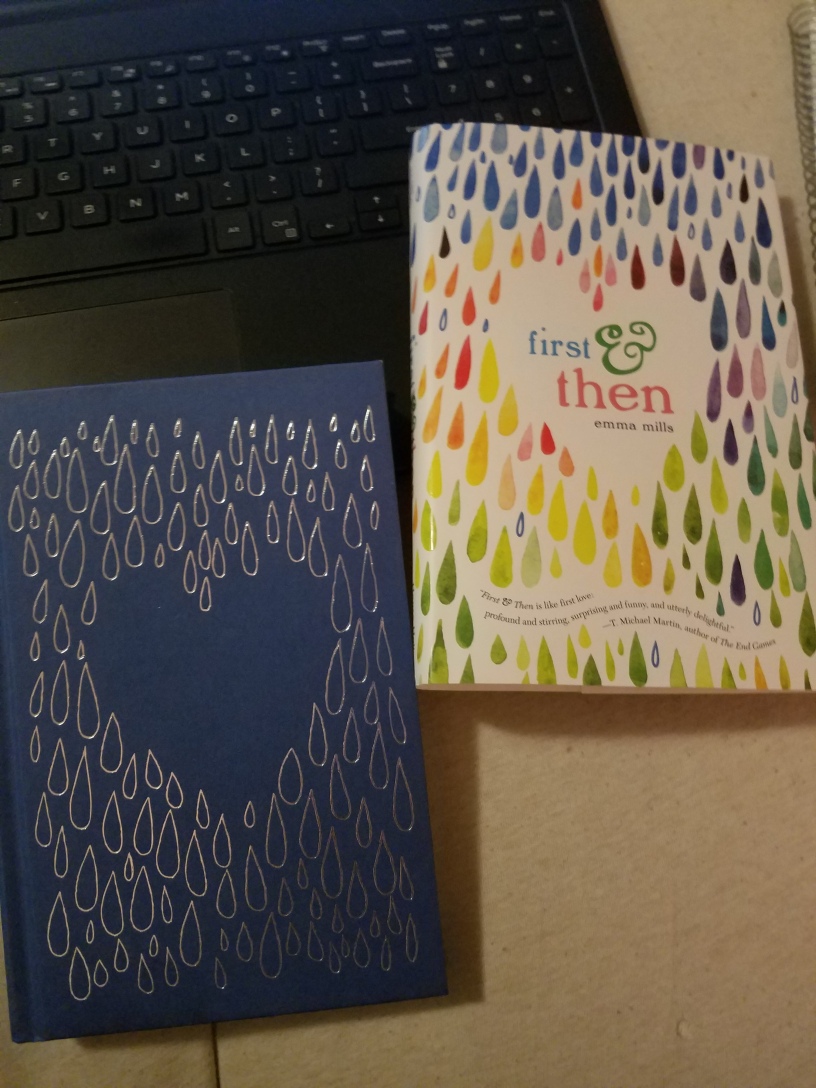 First and Then
by Emma Mills
hardcover
my rating: 3.5 out of 5 stars

Devon Tennyson wouldn’t change a thing. She’s happy watching Friday night games from the bleachers, silently crushing on best friend Cas, and blissfully ignoring the future after high school. But the universe has other plans. It delivers Devon’s cousin Foster, an unrepentant social outlier with a surprising talent for football, and the obnoxiously superior and maddeningly attractive star running back, Ezra, right where she doesn’t want them: first into her P.E. class and then into every other aspect of her life.

Pride and Prejudice meets Friday Night Lights in this contemporary novel about falling in love with the unexpected boy, with a new brother, and with yourself.

While this took me a pretty long time to get into, for the most, it was enjoyable. That being said I did have quite a few issues with it.

-First, the pace was very slow at the start, it really took a while for the ball to get rolling.

-Second, there are so many unanswered questions at the end. I am dying to know what happens next, especially the question that was proposed at the start of the book…Did Devon get into Reeding? Nobody knows!

-Third, I wanted more backstory on one specific character, this one guy really eluded me because he had a minimal introduction, a significant impact at an event, and a confusing wrap up. Again I have more questions, where was he from? Why was he so intimidating?

I really wish there would be a follow up sequel to this because there were so many questions left unanswered. I also want there to be a companion novel for Jordan because he was so sweet and nice which is unusual for the “popular guy” character. Plus I need a follow up with Marabelle. Either I need a follow up or this needed to be 200 pages longer.

That’s my mini review, have you read this yet?

5 thoughts on “Blogmas #2: First and Then mini review”